This printable summer constellation map shows stars and their constellations in the summer sky in the Northern Hemisphere. The orientation of the map can vary depending on where you are.

Follow the guide below to find the 3 big bright stars and you just need to tilt your map according to what you see in the sky.
Enlarge the map to double the size from a local copy shop if you need. It will make it easier for younger children and for looking at it together.

The constellations are based on the traditional ones, but we also highly recommend H.A. Rey’s excellent books – The Stars & Find the Constellations . There are wonderful alternative modern connections for each constellation.

The text below also shows how to find the Summer Triangle and short stories from Greek Mythology! There’s a printable version of the text if you want to take it with you outdoors. Have fun with the stars this summer and don’t forget your torch!

This text below is available in a pdf format so you can print and take it with you!

Start with the Summer Triangle – the three brightest stars in the summer sky in the Nothern Hemisphere. The easiest one to spot is Vega the brightest of all, just above your head. Next, Deneb is above Vega, to the east. Completing the triangle is Altair lower than the other two at the bottom of the triangle.
Now, you can find Lyra, Cygnus, Aquila and the rest of the constellations on the map!

Stories Behind The Constellations

Here are some stories from Greek Mythology. See how they imagined and invented these fantastic stories! Look for other myths from different cultures too & maybe you can invent your own stories around the stars…!

Lyra (Lyre)
Orpheus, the musician, famously played his lyre and even the beasts would be charmed and listen to his beautiful music. When he died (killed by a mad woman!), his lyre was put in the sky by Zeus.

Cygnus (The Swan)
Orpheus, after his death, was transformed into a swan and placed next to his lyre. In other stories, this is Zeus who disguised himself as a swan to seduce a lady called Leda.

Aquila (The Eagle)
Zeus had an eagle who carried his thunderbolts. This is the eagle abducting the shepherd boy Ganymede to Mount Olympus by the order of Zeus, who did many mischievous things.

Pegasus
Pegasus is the famous winged horse. The greek hero Bellerophon captured him and rode to defeat a monster. However he fell off Pegasus one day and Zeus picked him up and transformed him into the constellation Pegasus. You can see the horse shape is upside down as if falling from the sky.

Hercules
Hercules is one of the most famous heros of Greek mythology. He was the son of Zeus and extremely strong. (He is also upside-down in the sky!)

Ophiuchus (Serpent Bearer)
This is a man who holds the long snake (Serpens Cauda & Serpens Caput) on both sides and is also stamping on a scorpion (Scorpio) under his feet.

Sagittarius (The Archer)
Sagittarius is a centaur – half human, half horse, holding a bow and arrow. The arrow is pointing at the heart of the scorpion (Scorpio) in the sky.

Capricornus (Capricon)
Capricornus is a capricon, who is a half-goat and half-fish. Pan, the god who was half-man, half-goat, was running away from a monster and he tranformed to a half-fish and dived into a river to save himself. And he ended up half-goat & half-fish! (‘What was I thinking?’ was what he said later… )
Or in another version, this constellation just depicts the horn of the capricon – ‘horn of plenty’.

Explore Greek Mythology for more fantastical stories like these!

Our free printables are strictly for personal use only.
By downloading you are agreeing to our Terms of Use . 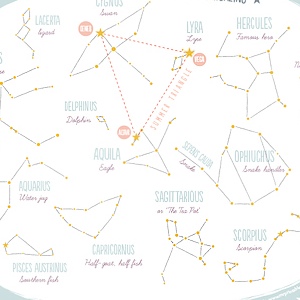 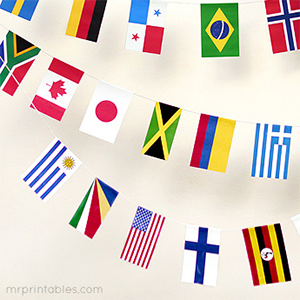 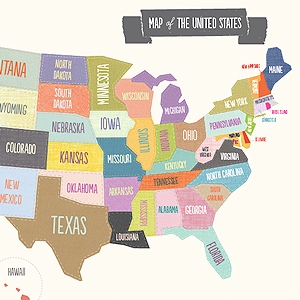 Printable Map of The USA 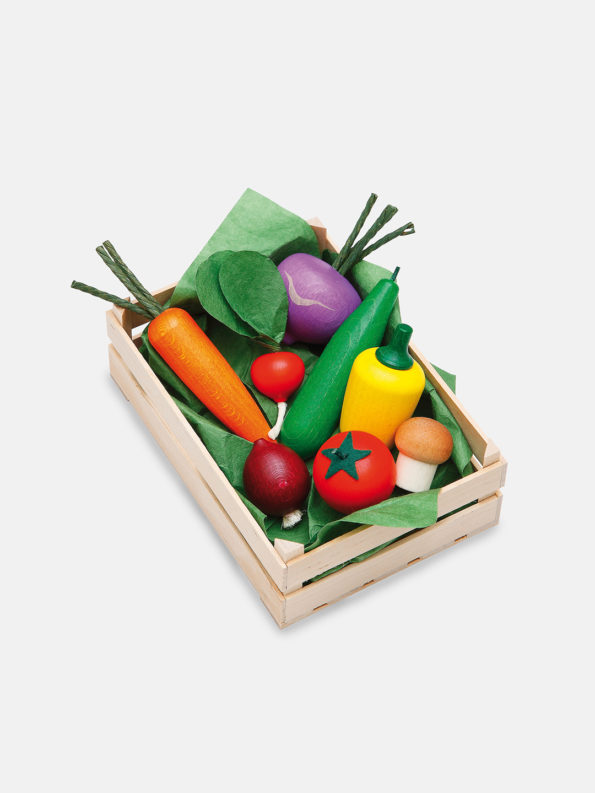 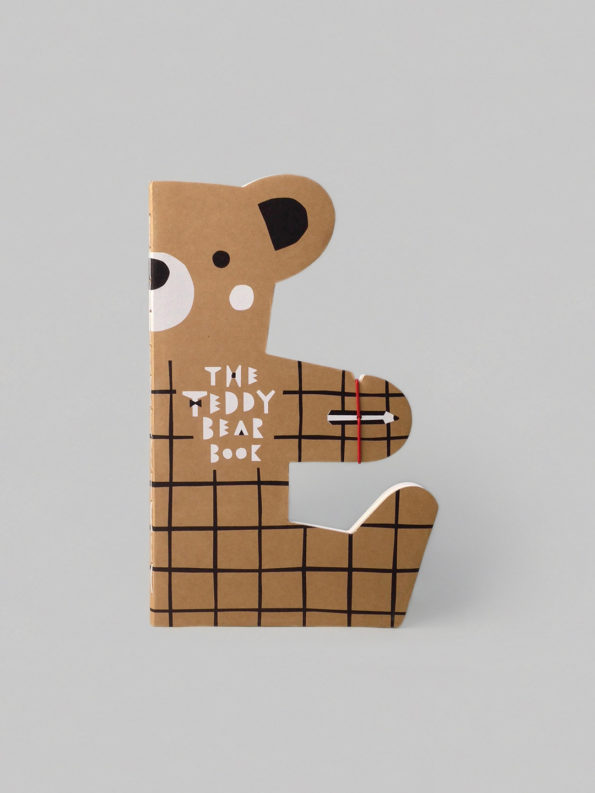 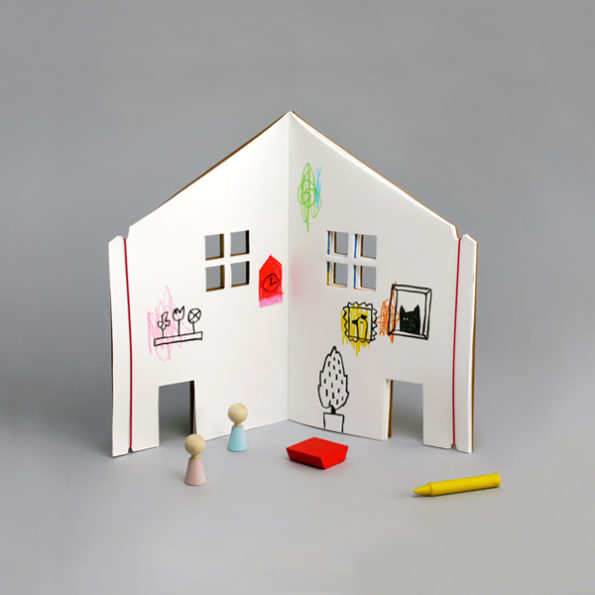 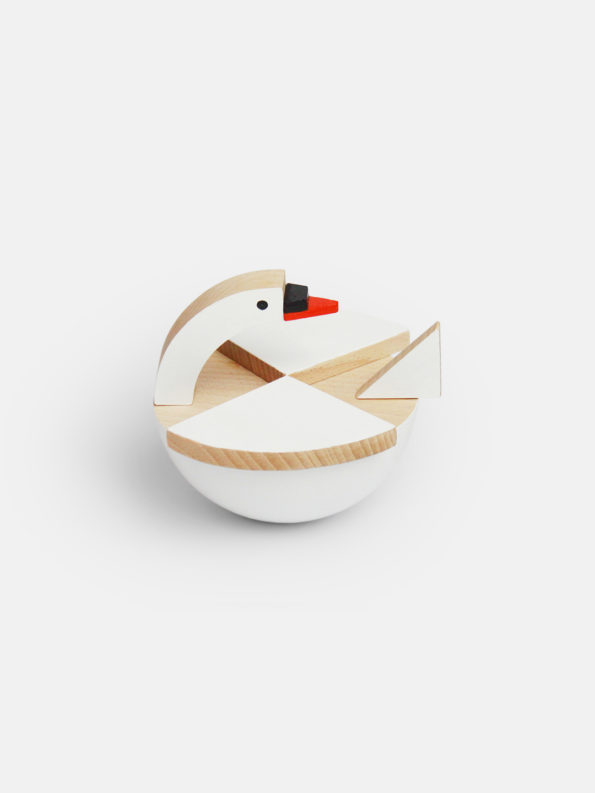 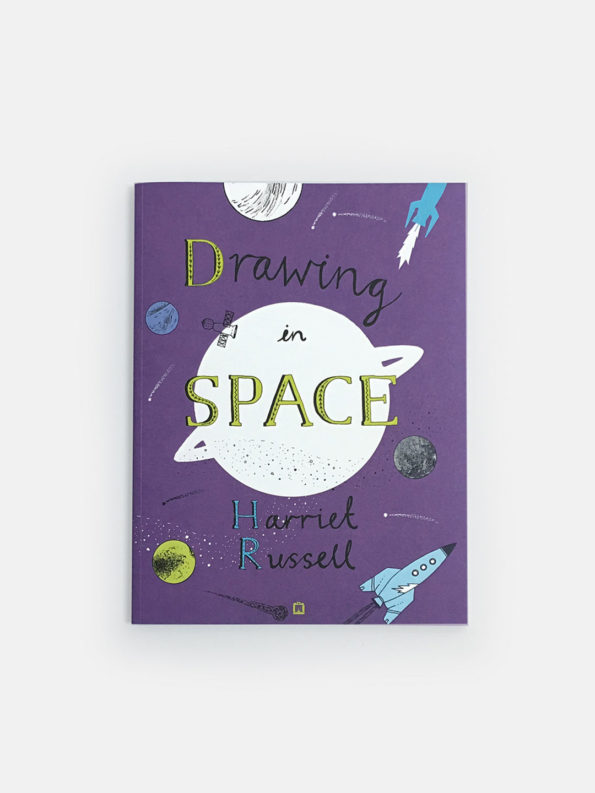 Moon Picnic
We love your comments 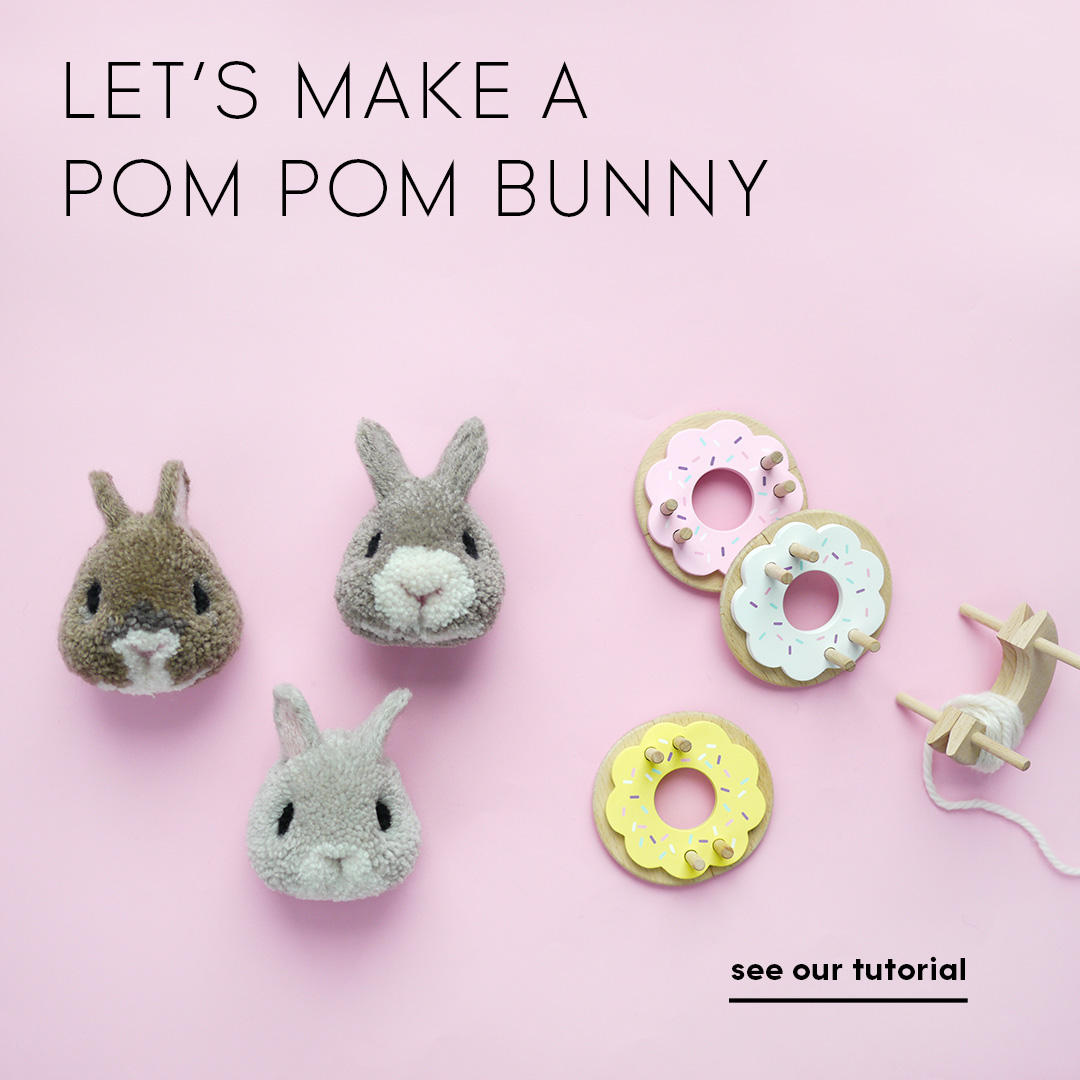