The shape of this geometric origami is called ‘Triangular Bipyramid’. I know, a bit tricky for kids, but the origami itself is the easiest to make and has many fun uses.
To remember this name is actually straight forward. Bipyramid means two pyramid shapes mirrored back to back, and this pyramid has triangular sides, so there you go. 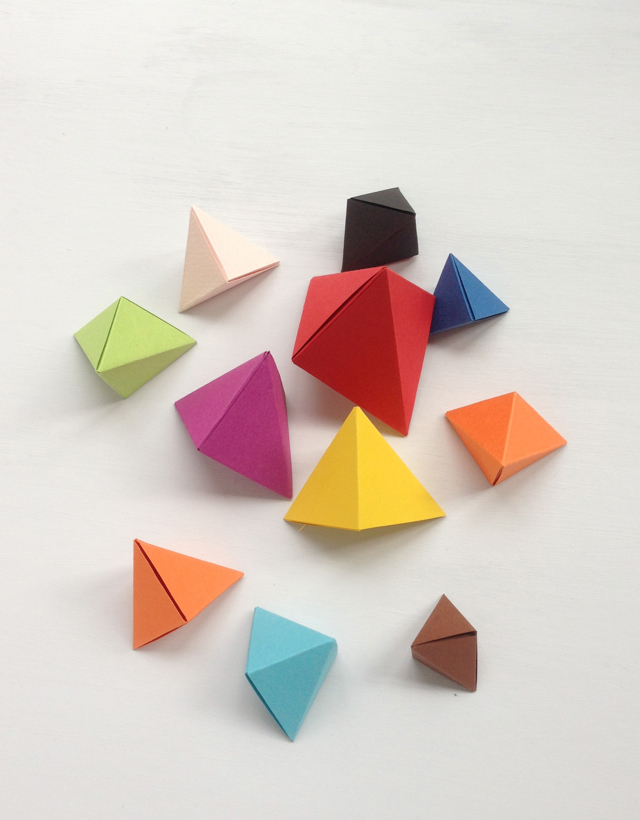 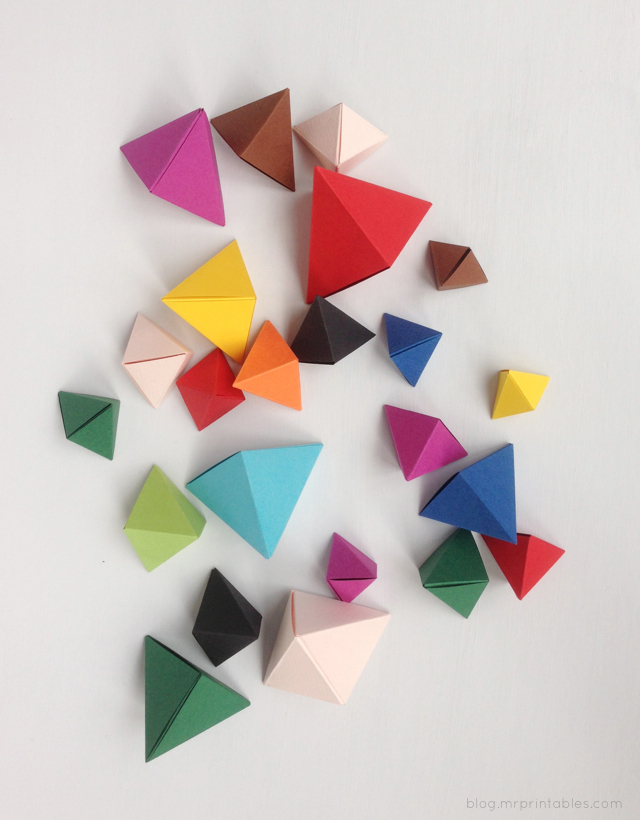 Cut a strip of paper with an even width. The width and length should be at least 1:4 or 1:6.
I just cut a rough length that looks long enough and adjust the final length as I make it.
Fold a small triangle on one end.

Fold backward at the end of the triangle and repeat fold like an accordion.

Fold the straight lines between the diagonals again to change the fold direction. 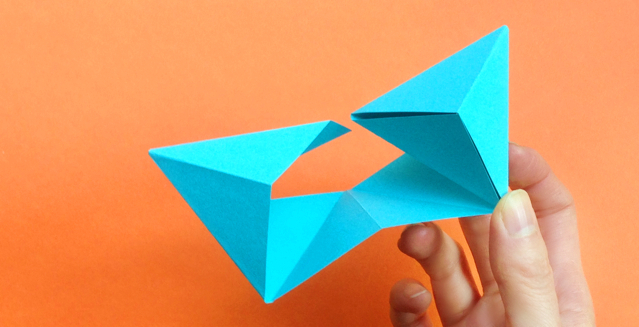 Form the ‘Triangular Bipyramid’ by rolling the shape along.

Wrap around the faces a couple of times to form a solid shape, trim off the end triangle and insert the final triangle part into a slit to close it up. 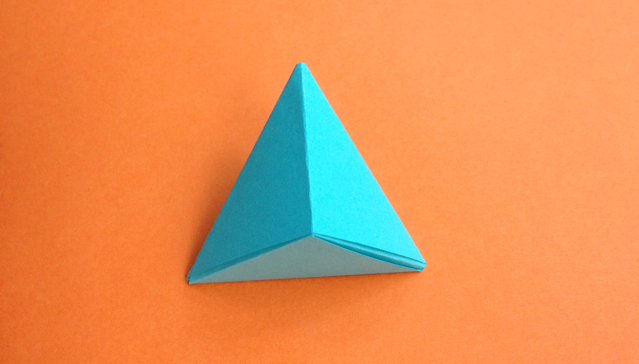 Now, here are a few fun ideas using this origami.
Make them in many colored papers and in many different sizes! 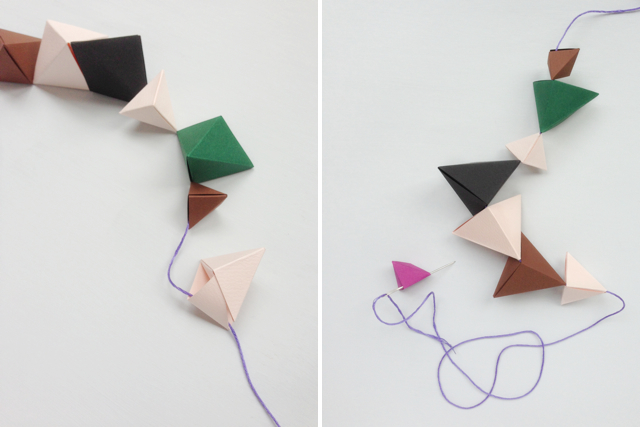 You can string them easily by taking out the last triangular piece, placing a string through and closing it up again. Or use a big needle and thread. 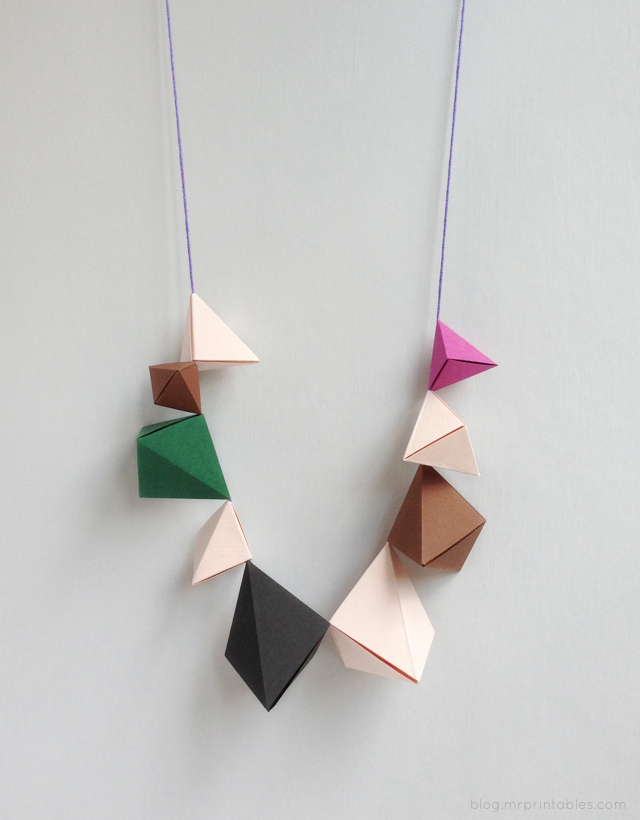 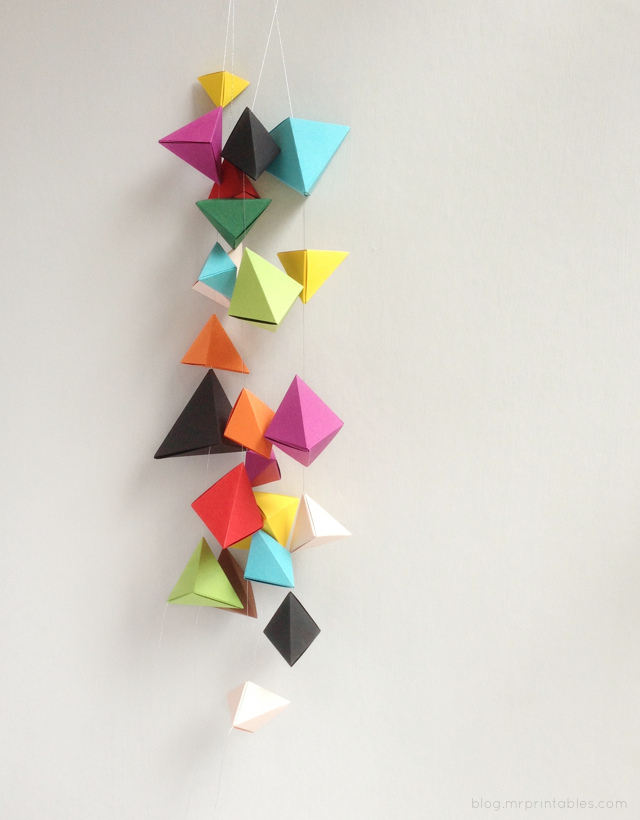 Hang them as room decorations. 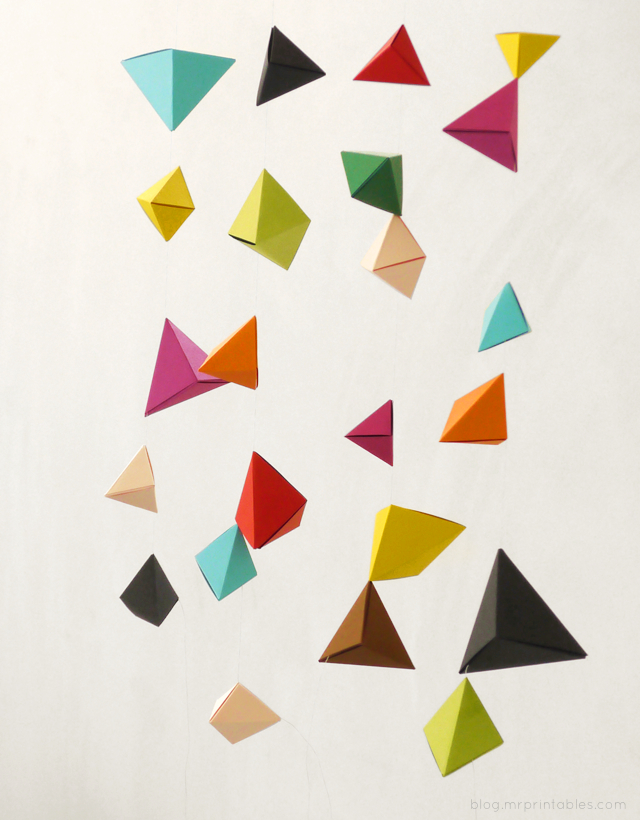 Make pretty garlands, a backdrop for a party or build mobiles. 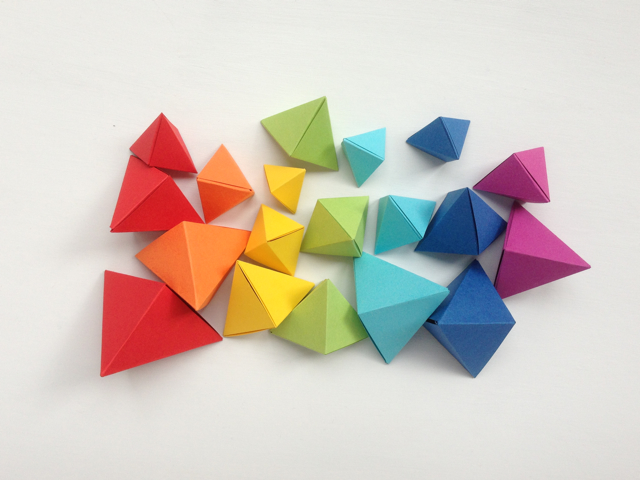 Use them for a rainbow color sorting game. 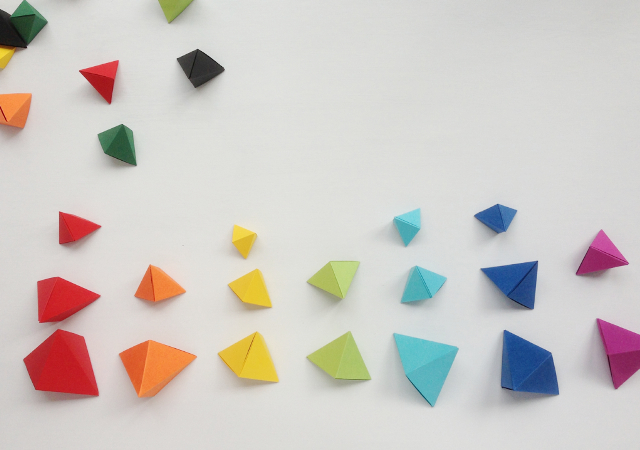 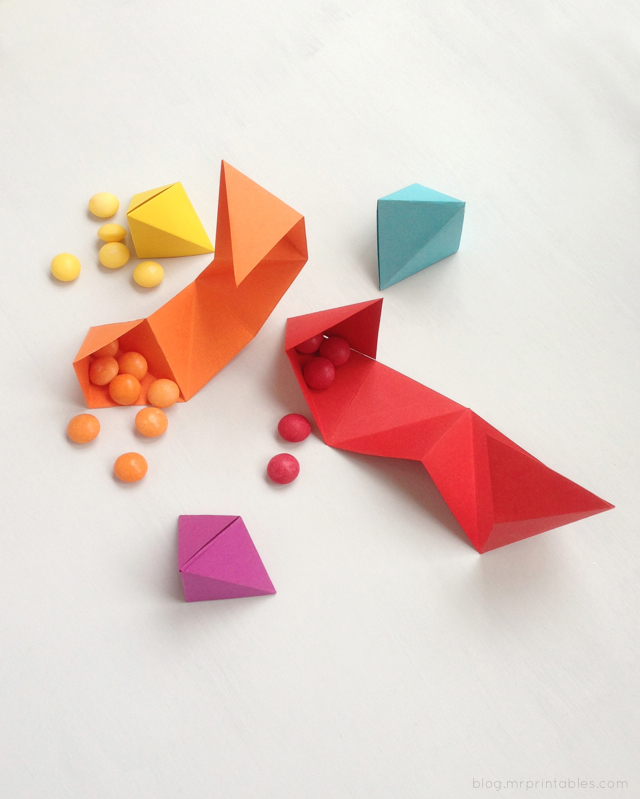 You can put small sweets inside and close up. I tried putting the same colored little treats in each rainbow color shape. A cute rainbow party favor I think! 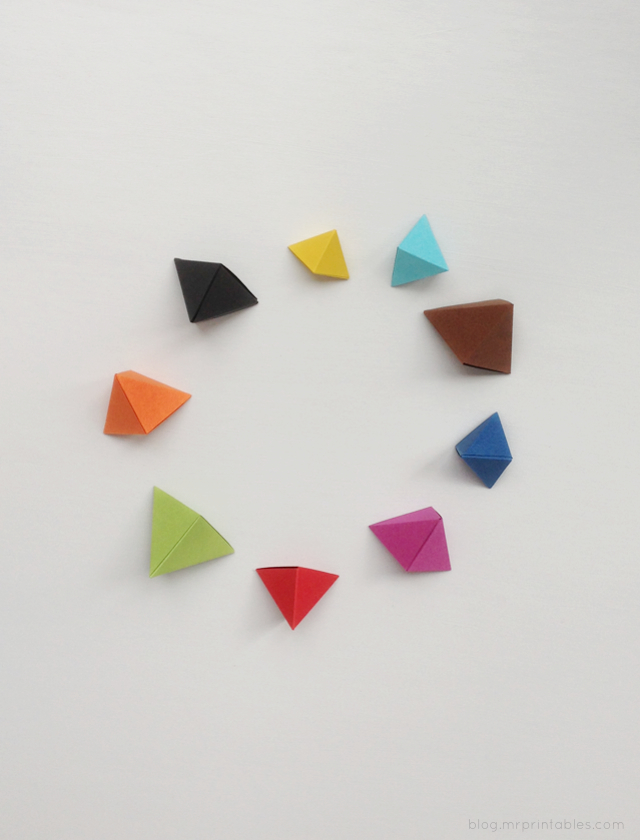 20 Responses to Origami ‘Bipyramid’ Tutorial & What To Do With Them